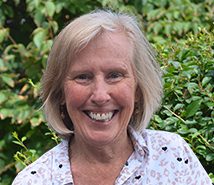 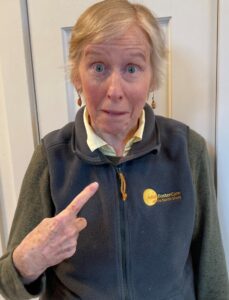 Me! I fell for it! I almost handed over $500 at JCPenney to the lady behind the Sephora counter to help a friend.

It started that morning when I heard from an old friend that I haven’t seen in years. He emailed and asked for a favor. I wrote back, “Sure, call me.” He didn’t call and instead sent me the following:

Thanks for responding, I am sorry for bothering you with this mail. I need to get SEPHORA GIFT CARD for my Niece. It’s her birthday but I can’t do this now because my knees are giving me problems as well. I am going up and down one step at a time. This method is neither graceful! or fast!, and the stores around here are out of stock and i tried purchasing online but unfortunately no luck with that. Can you get it from any store around you? I’ll pay back. Kindly let me know if you can handle this?

It seemed a little odd, and I didn’t know what Sephora was, so we emailed a few more times. He said he needed a $500 gift card for his niece who was a make-up artist. I thought it was a typo and that he meant $50, so I questioned that too. He emailed cheerfully that, yes, he needed $500 and that all I had to do was “gently scratch the card” and tell him the numbers. It was a full day for me, and I just didn’t stop to think. Each email made me wonder why he was asking this, but it seemed logical somehow, and I just kept accepting the plan.

When I got to the Sephora (make-up) counter at JCPenney, the boss was called. “We can’t do that large an amount, I’m sorry,” she said. I asked if she could do $100 times 5. “No, sorry,” she said. “We’ve been having some issues with gift cards.”

I said that I was on a mission from a friend. And, come to think of it, it did seem odd that he would ask this favor.

As the lady began to question the source of this mission, the penny dropped, the scales fell, I twigged. I had been set up! I was about to hand over my credit card because I thought I was helping a friend even though I hadn’t actually spoken with him. From the beginning of the emails, it had seemed unusual, and, with each email, became more unusual. How could I possibly fall for it!?

I later spoke with the real friend who informed me that he had been hacked that morning and everyone on his email had been contacted. He had been getting calls all day. I may have been the only one to get as far as the Sephora counter.

I guess this is a cautionary tale. The scammer had managed to get an email address that was almost the same as the real guy’s. Be careful out there!